Tony recieving the award of life time Honorary Membership of the

In the picture are Tony, Cliff Edwards and Wild Wayne.

A Weekend To Remember

A Weekend to Remember GENE PITNEY, the PALACE THEATER and ROCKVILLE! 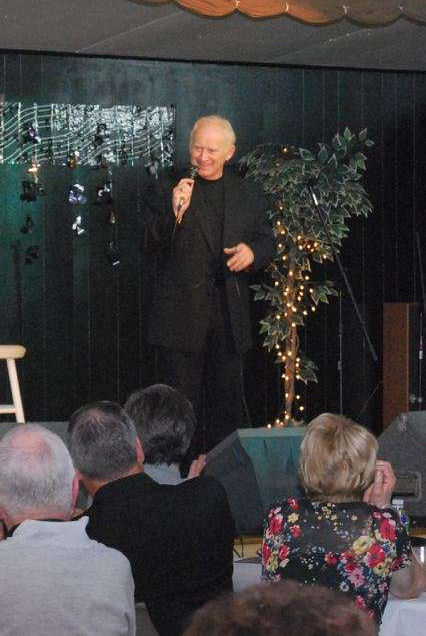 th & 5th was a weekend for remembering!

The Gene Pitney Commemorative Committee did just that

with the help of Russs Rock & Roll Diner, they co-hosted

Saturday afternoon began with a cozy

CLUB, which by the way, was the same club that Gene Pitney made some of his earliest professional singing appearances

from  Genes storied past (Bob Terry

 original member of The Embers, one of Genes first backup groups, Anita Basile  half of the singing group

The Marie Sisters who appeared with Gene on several of his early shows, and Joe Angiolillo  author of Genes

, was also on hand to talk about his experiences and share stories about what Gene

s peers had to say about him.

unreleased music from members and Gene

Gene they had ever seen. To cap it off, Gene

sessions for his album covers and some lucky attendee wound up taking it home later in the evening! 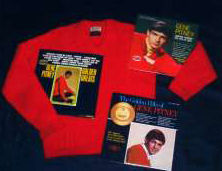 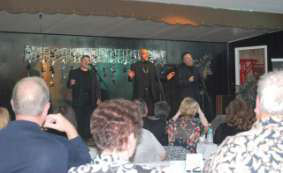 drawing people from such faraway places as Great

South Carolina, Colorado and all over the state of Connecticut! It was like a mini-United Nations here! I cannot

The evening was even more special

s memory and then he brought on the SHADES OF SOUL, who dazzled everyone

It was just fan-tastic! Hours From Tulsa which Gene had always opened his own shows with. Following several more unbelievable spinetingling

ventures into Genes hit vaults, TONY shared some of his memories of Gene and read some fan e-mails and

letters for the audience, a tradition that Gene himself followed for his live performances It was touching and we could

this year! The karma of the event was incredible and Tonys performance reflected it!

the audience and they knew some songs that American audiences were not so familiar with. songs like 24 Sycamore,

a move that stumps everyone to this day!)

Midway through his final set, he sang a special request song

Oceans Away from 1976, that he had dubbed a special

doing harmony on the chorus

and Tony allowed the harmony part to play by itself, while he provided the melody for

the rest of the song! It was a gesture that brought tears to Gene

s fans and added the perfect personal touch to an

electric night! By the time he sang the infamous

Town Without Pity as a closer, the audience had been drained by

continuous applause but still called him back for a well-deserved encore!

At the end of the show, Cliff Edwards presented him with an Official Lifetime

Honorary Membership to the GPCC and

the crowd roared its approval! Everyone went home drained and a little teary-eyed

Gene was definitely watching over 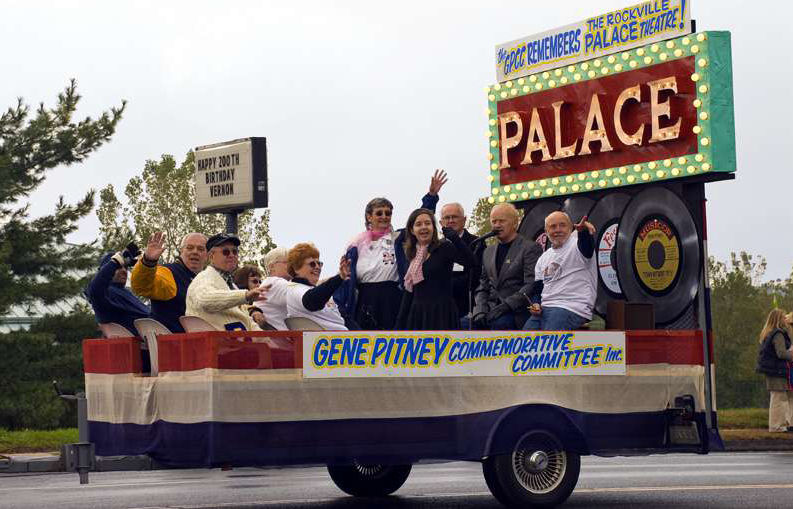 Sunday, although the day began a little soggy, by 1:30pm when the Parade stepped off the skies had cleared and the

floats rolled. As the lights from the Original PALACE Theater marquee flashed overhead,

TONY LEE along with both

s best known hits for the appreciative crowds that lined Rte 83 on the 2.2 mile parade route.

This float not only honored Gene Pitney, but also the first venue that Gene played at, Rockville

which was torn down in the 60

s to make room for more parking lots. Riding on the float were members of the GPCC and

Teen dancers NANCY (MORSE) BAILEY, who rode the Soda Shoppe float in 1958 with Gene & The Genials, and

, the GPCCs only Student Adviser. Even the bunting that covered the outside of the float was from

the Vernon Sesquicentennial Parade in 1958

donated by Stu and Norine Edwards. The overseas contingent from the

arrived! It was truly a magical ending to a magical weekend. 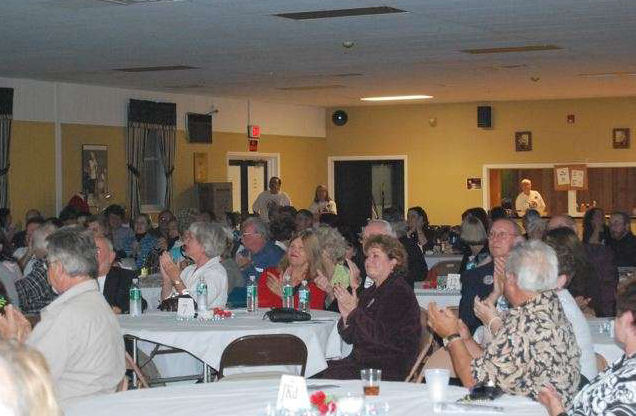 Dignitaries in the evening

President of Rockville Bank (not pictured)

www.genepitney.org or stop in and see Russ and Sandi at RUSSS ROCK &